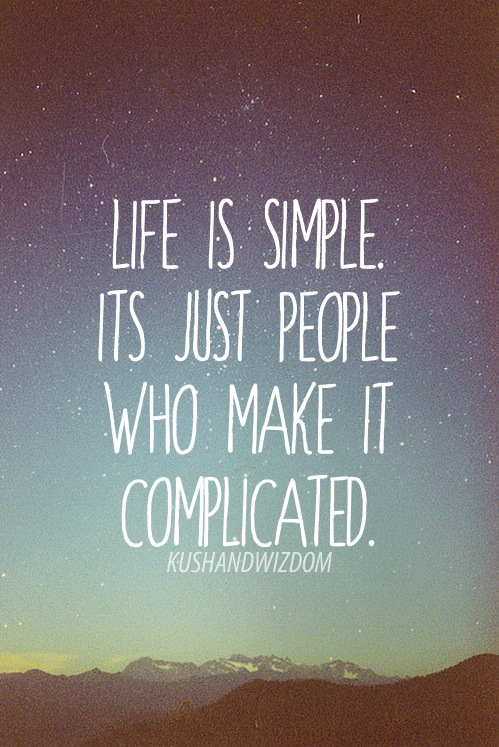 I don’t know what I want, where to go, where to start. I feel lost! I am 23 years old with a 5 year old and baby to come in 6 months and I am living with my mom 12 hours away from “home”. What drives me most crazy is that about 2 years ago I was exactly where I wanted to be. I had my own house – a 1200 sq ft – 2 bedroom, 1 bathroom basement sweet, I was finishing school, I was up to date on my bills and for the first time in my life I felt like I had it all figured out.. Then I met my ex and it went down hill pretty fast, everything got all jumbled up and confusing, we moved, and then 8 months in that house he left. He left me with bills, with a lot of questions, and a lot of pain. After a month of being in the house after the break up it became too much and I hit rock bottom.. Then a guy I hadn’t seen in a long time showed up and said he was taking me to Cranbrook and I said I would go for the weekend. I stayed for a couple nights and then wanted to see my friend and her two children. Then I hit it off with her brother and ended up staying a week. Then dreadfully I had to go home and In one day being back in Creston I ended up bumping into my ex and his new gf, and then packing my stuff as fast as possible. I packed everything of importance and moved to cranbrook and then lived with my friend for 4 months. It was pretty good but then her brother and I dated for a couple weeks and broke up and then it got pretty weird and tense after that. We’d hook up from time to time after the break up and it just made things weird cause we were trying to see other people and well.. we lived together. Then one night I decided I wanted to get a little crazy and I got pretty drunk and met a guy at the bar. He walked past my table and one of the people that was with us said “that guy just gave you fuck me eyes” so of course I laughed it off but noticed he was hot so I looked back and seen that he was with people I knew from back home and went over to the table. It turned out I had talked to him previously, I had talked to him online a bit after me and my ex broke up, and I recognized him. Immediately we kissed and hit it off… it was kind of weird.. now that I’m writing it. but I guess when you have a sexual connection, you just have one. so we talked and I became lost in his dark brown eyes, we talked and talked – I don’t even remember what we talked about but everyone else in the room disappeared. he took me home and a month later I moved in with my mom because I got pregnant and he tried so hard to get me to abort so hard that it became damn near unbearable to deal with and it made me doubt myself pretty bad.  So hear I am, 5 months after the break up and 2, almost 3 months after the baby daddy drama, living in my mama’s basement trying to get it all figured out.

Now that you know the story of the last year and a bit – I think my confusion of trying to figure it out is that – I normally go with the flow. I have gotten kicked out, dumped, my apartment had black mold, everything you can possibly think of so I try to just go with the flow but also have a back up plan in case it all goes to shit but when I am in a bad mood i inevitably make bad decisions. What I mean about wanting to “figure my life out” is that I want to know what step will lead me to happiness, success, and whatever else I desire. I also want guarantees. I want to know that the effort I put in today will bear fruit tomorrow.. But life doesn’t offer guarantees. I have to try things, experiment, and learn. So the problem isn’t that I can’t figure life out; it’s that I think that I should. I have this picture in my head of how it all should be but that’s just not at all where I am and as much as I wish I had the things I thought I would at 23. I know that it’s not my job to find clarity in my future – All I know is what next step I feel drawn to take, and taking a leap and hoping it doesn’t fuck me over in the end.If I try to figure life out, I end up hating it. Why this, why that? and every other question you could possibly think of… cause how can you live a purposeful life if you’re not figuring things out?

I’m finding that you can figure life out by letting life figure itself out and having that “aha” moment later on, or trying to force yourself to figure it out by trying to manipulate and push yourself to find a reason. I’m trying to do the best with what I have by not causing stress in myself to try and force it but it’s hard when you feel so lost and like you need to be in a certain area of your life – and you aren’t there. so what next? where do I go, what do I do? what would make my daughter and I the most happy? What I’m trying to do now is listen to my heart, and mind and all that jazz and try and what I feel most drawn too. Instead of trying to figure it all out at once, I’m trying to take smaller steps and figure it out from there… what feels right? what will be best for my children?

I am a firm believer of “what you put out into the universe comes back to you”.  I am a bit of a control freak and the lack of control in my life – in my home, in my pregnancy, in my life in general etc has me trying to find meaning and purpose in my life that I am not able to find because I feel like I am 20 billion steps back, and living in constant deja vu! So no matter where life takes me I just hope it all works out in my favor, I guess that’s what we all wish for though! In reality, As long as my kids are healthy and safe, I really couldn’t care less where I am.. “Home is wherever I’m with you”. so here is to taking baby steps to getting my life back on track and I’m going to share some of my goals.